Lucerne – Medtech CeQur has raised US$115 million from investors. This is the largest fundraising to date for a privately held medtech company in Europe. The round was led by Credit Suisse Entrepreneur Capital and Endeavour Vision.

CeQur has received fresh funds of US$115 million in an oversubscribed C5 financing round. The medtech from Lucerne intends to use this to advance commercial plans for a limited market release of its CeQur Simplicity wearable insulin-delivery device this year and to scale-up its high-volume manufacturing. The Simplicity patch holds up to 200 units of rapid-acting insulin administered in two-unit increments and replaces, on average, nine mealtime injections over three days. CeQur Simplicity is both FDA cleared in the USA and CE-marked for European conformity.

This insulin delivery device is above all for those who are not achieving their glucose targets with insulin injections. According to a press release, it is estimated that the potential market for simple insulin delivery devices is approximately US$7.5 billion in the United States and roughly twice this amount globally.

“We are grateful for the support from this group of world-class investors,” said Bradley Paddock, President and CEO of CeQur. “We look forward to advancing our commercial and manufacturing plans in preparation for our broadscale launch.” 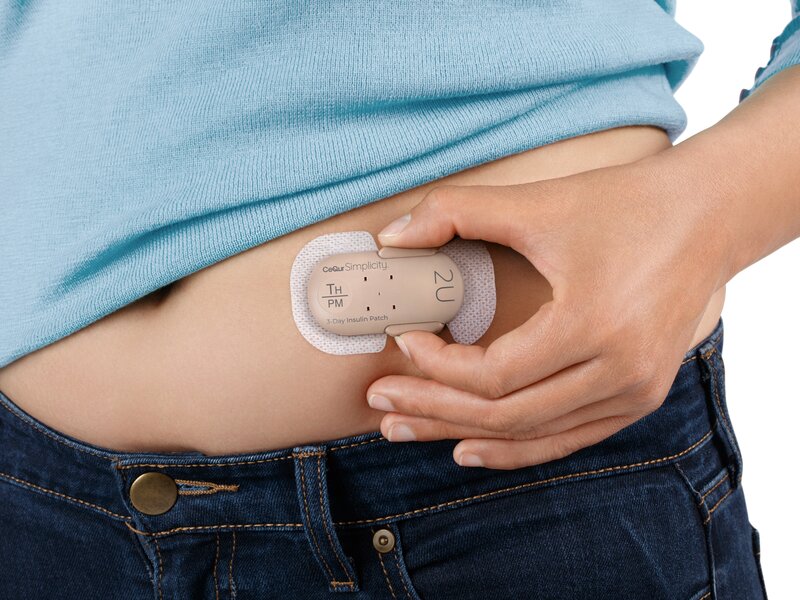